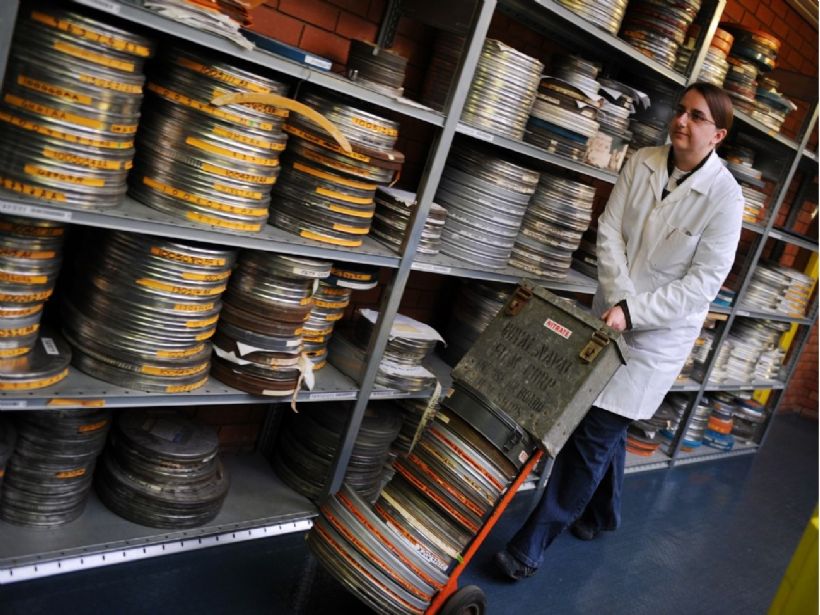 The BFI National Archive has one of the largest and most significant film and television archive collections in the world. Our brief was complex but at the centre of this project was a wish to make the collection, together with newly emerging screen culture, fundamentally accessible both physically and virtually to everyone. The brief called for innovation from the outset and to consider the task as a moment in the BFI’s history to be more innovative and forward thinking in its approach to the archive.

Partnering with David Morley Architects and a multidisciplinary team of specialists, we delivered a creative response to the brief together with evidence building through extensive market research, estate and digital estate assessment and horizon scanning.

Ultimately, the outcome was a well-informed and imaginative concept that reflected need and public value.

A bit about The BFI

Founded in 1933, The BFI is a cultural charity governed by Royal Charter, a National Lottery distributor, and the UK's lead organisation for film and the moving image. Amongst its many aims the BFI actively seeks out the next generation of UK storytellers and works with Government and industry to ensure the continued growth of the UK’s screen industries.

The BFI is a community of over 700 people who are passionate and knowledgeable about film, television and the moving image. And they are committed to ensuring a positive and accessible screen culture for everyone.

Recently they published their 10 year strategy to 2033. You can view it here.

Our work has provided the Board and Executive with the necessary evidence and creative ideas to develop a business case for the Archive of the Future project.

We formed a multidisciplinary team for the project that included teaming up with David Morley Architects (DMA) who we have worked with several times over the last decade and who are considered leaders in sustainability in architectural design. In all, our extensive team included specialists in the digital and physical estates, in storytelling, in communities and insight and in academia and collections.

Evidence building amounted to nationally representative research to understand how the National Archive is used, how it is perceived and what opportunities there are for future engagement. Evidence was also provided in terms of the physical estate - assessing assets and opportunities for development for the archive.

Our creative process was extensive and complex too. We have a thinking process that reacts to incoming insight in real time, to horizon scanning and to conversations with influencers, disrupters, communities and client.

A strategic project with innovative discoveries based on evidence and creative ideas:

What we did -
Planning & Strategy
Sector -
The Arts