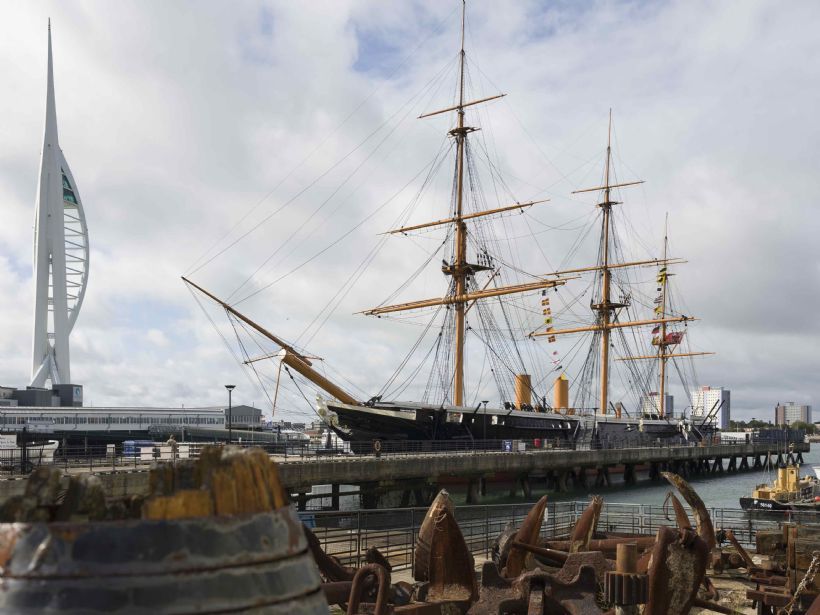 Portsmouth Historic Dockyard is the world’s greatest naval visitor attraction, with around 450,000 visitors a year. It has a complex governance structure with four different charities co-existing on site.A Different View led sessions to arrive at a site-wide vision for the dockyard and to begin a journey to map out the future. Our thorough preparation and skills as facilitators created an environment in which a collaborative approach to leadership flourished, and with this in place, we went on to facilitate the formation of a strategic plan underpinned by an extensive programme of research and consultation.

Phil Marriott, Deputy Chair of Portsmouth Historic Dockyard, said: “The involvement of A Different View has been absolutely key to the significant progress we have made on this project; ADV has shown a very perceptive understanding of all the complex issues involved and brought its wider knowledge and experience to bear on our particular context.  We are delighted with the careful, thorough and sensitive guidance provided by A Different View throughout, resulting in an important development strategy which will help us to ‘chart the future of Naval history’.”
Background

Portsmouth Historic Dockyard is the world’s greatest naval visitor attraction.  Nowhere else can a visitor see and experience a major Tudor warship, an 18th century battleship and a mid 19th century ironclad, supported by a wealth of galleries and displays which tell the story of war at sea across half a millennium, and all of this set within a well-preserved 18th century Dockyard and against a backdrop of a modern, functioning, naval base.   As a result, visitors have come to the Dockyard in very large numbers since HMS Victory first opened to the public in 1922; an estimated 30,000,000 to Victory alone in the intervening decades.  The site as a whole currently attracts 450,000 visitors a year.
Portsmouth Historic Dockyard has a complex governance structure with four different charities co-existing on site; The Mary Rose Trust, National Museum of the Royal Navy, HMS Warrior Preservation Trust and the Portsmouth Naval Base Property Trust. Ticketing and marketing is handled jointly through a fifth charity, Portsmouth Historic Dockyard Ltd. Tension between the trusts had been well documented over the years so a project to create a common and united vision and strategic plan for the dockyard as a whole would be challenging.

A Different View’s work started in March 2011 to help with visioning and the beginning of a journey to map out the future for Portsmouth Historic Dockyard.  The process went well and created such a positive feeling among the CEOs of the various trusts that a more ambitious project was devised with A Different View. During the rest of the year.  A Different View lead the process of creating a site wide Strategic Plan which would propel the Dockyard towards its medium term goal of a substantial increase in visitor numbers. Working with the client, a robust approach to strategic planning was agreed.  The elements being:

A Different View was the Project Director for the whole process, having created the framework for the strategic planning journey.  This role included acting as ambassador of the vision, overseeing the project, ensuring all parties are in agreement, liaising with trustees, CEOs and staff as necessary, building advocacy and positive re-enforcement for the end game. Specific attention was placed on supporting the roles of the individual CEOs, who were tasked with action areas, to ensure their time was targeted. Practically, this role ensured that all the component parts, as detailed in the action plan, were delivered by the end of February 2012.

A site- wide vision for Portsmouth Historic Dockyard and a strategic plan based on research and consultation addressing some long-standing challenges. Alongside the plan, they have also developed stronger, more collaborative relationships at CEO level and this collaborative, positive approach is permeating throughout the organisations through a communications plan written alongside the main strategy.