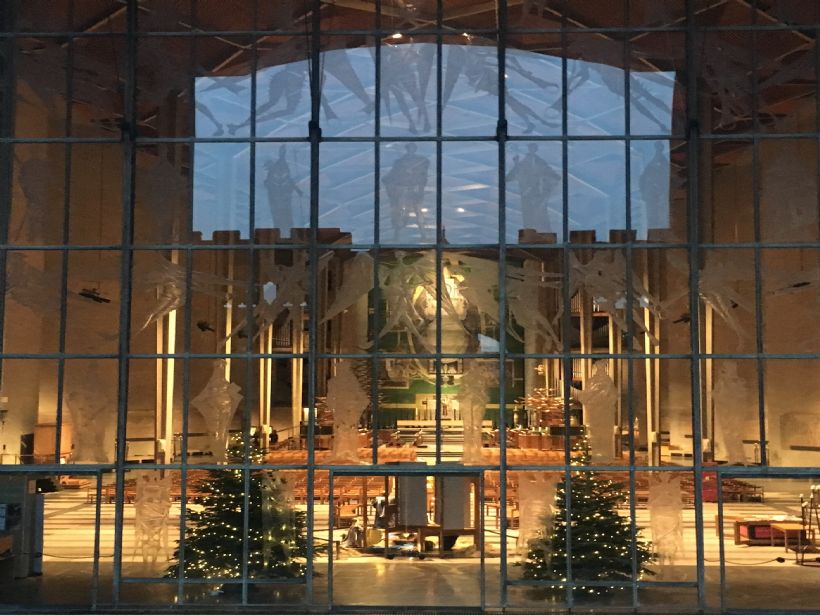 We've been appointed to Coventry Cathedral for phase one of their masterplanning project. Having worked with Leicester Cathedral during 2018 on their major HLF capital project, it is a delight to move on to a different but equally exciting ecclesiastical project.

The place we call 'Coventry Cathedral' is in fact two buildings that lie at the very heart of the city. The Ruins of the 'old Cathedral' are the remains of a medieval parish church. This building would be destroyed by enemy air attack in the Second World War. Rather than sweeping away the ruins or rebuilding a replica of the former church, the Cathedral Community took the courageous step to build a new Cathedral and preserve the remains of the old Cathedral as a moving reminder of the folly and waste of war. From that point, Coventry Cathedral became the inspiration for a ministry of peace and reconciliation that has reached out across the world ever since.

The 'new' Cathedral was itself an inspiration to many fine artists of the post-war era. The architect, Sir Basil Spence, commissioned work from Graham Stherland, John Piper, Ralph Beyer, John Hutton, Jacob Epstein, Elisabeth Frink and others - most still to reach the peak of their artistic careers.

Our work with Coventry Cathedral comes at a particularly exciting time for Coventry as they look forward to being City of Culture 2021.